In Moscow, J picks me up at the train station. I'm glad to see his familiar face and enjoy not having to understand anything, just follow along and find most things without looking. I will stay in the capital for only two nights, so we put my luggage away and plunge into the town. I didn't make a city map for Moscow. It's huge, and I know only selectively what it is that I've seen. Most of the things around the Red Square, millions of lights, hundreds of fur coats, (more than five but less than ten) metro stations, beautiful people, supermarkets, statues, churches, parks, shopping streets. At night my legs burn, are thicker than ever, and my knee-caps won't stop hurting.

Up front: the city is incredibly beautiful. It's big and bombastic. It's everything the literature promises and much more. People of all ages, genders and origins ride with us on the escalators leading deep into the ground. Here, for the first time, I see women who look like Mongols, at least like people from pictures in the National Geographic. They look out of places in the city. Diversity looks different here than in Central Europe, less African, more Asian. Asian in an entirely new (to me) way. To be honest, I am a little amused. Who would've thought that there are places that you've never seen before, even if they appear on billions of photos and in countless stories? Although I am delighted to be able to stay in this country, the realisation hits me. It would be so much easier to continue as a tourist, to travel further and talk about Russia as a land of curiosities and snapshots. At the same time, that would mean not to understand anything about the biggest country in the world. Leaving without having a context for the headlines and news that arrive in Europe, for the decisions my elected politicians have to react to, would leave me as clueless as I arrived. If I gave this fear room to grow (because that is where this feeling is rooted), I'd be in Australia in six months. Back in the "safe" harbour of the west. I am also struggling with the fear of a new beginning, and I know that the following hard work of learning yet another language is self-chosen. I am standing in front of a huge mountain, whose snow line disappears in the fog and whose summit cross flashes golden in the sun.

The world around me has changed so much that the readjusting period will take time. I don't know where to begin at all. The differences between rich and poor are big. Poverty is more miserable than I was able to imagine before. For the first time, I realise beyond all abstractions how the first, second and third worlds work, what is behind these abstract concepts. There are rich people in all corners of the earth. And this wealth looks the same tho world over, at least in Russia. I'm not talking about style or aesthetic categories. I see these similarities mainly in everyday objects: washing machines, pencils, cars or mobile phones. The same brands. The same models. Cheaper alternatives are the local brands.

The main roads here spread wide. We spent most of the day walking through the city. We looked at a beautiful Orthodox church, walked through many small and large streets, past palaces and highrises. It was a wild potpourri. Between colourful painted orthodox churches and parks dotted with fairy lights, we walked through relatively empty shopping streets (in the cold, the streets are quiet everywhere). We wander through the middle of it all, experiencing kitsch, usual Christmas illuminations, architecture promoting Soviet power and orthodox splendour.

Through J.'s comments, I slowly adjust to this place. The next day, I manage to move freely without further complications, even though my legs are still burning. After some searching, I finally found the supermarket that still maintained the way it operated in 1901. I walked through a door and suddenly was in another world. When I visited the Kremlin, I had the same feeling. Beyond tourist masses, I was able to look at the churches of the Moscow domination. It was wonderful. A visit during the cold month has its advantages. As I came, I went. J. toke me to the train station, and I got on my first ever night train ride. 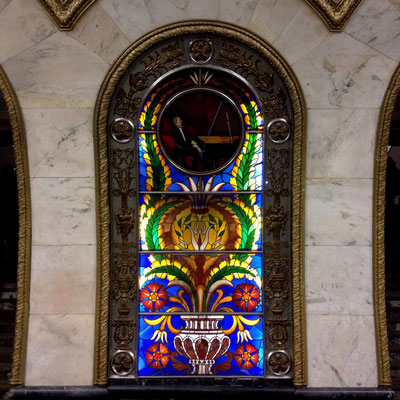 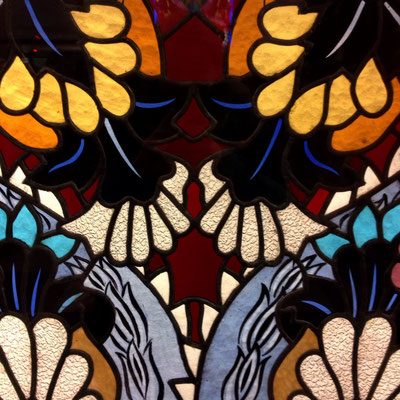 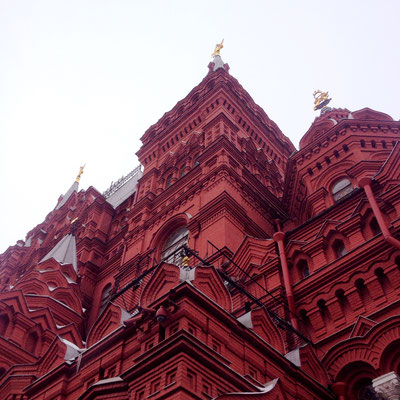 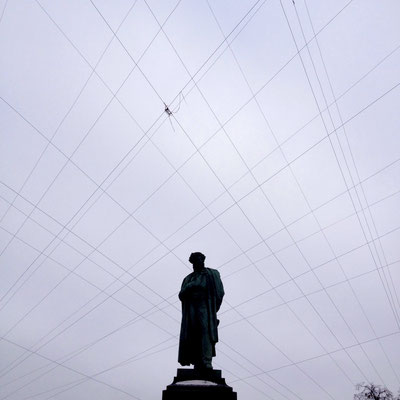 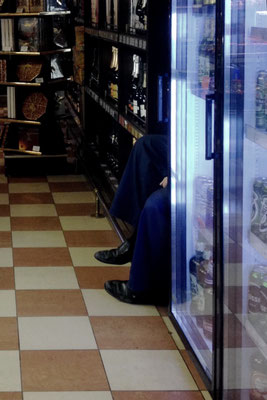 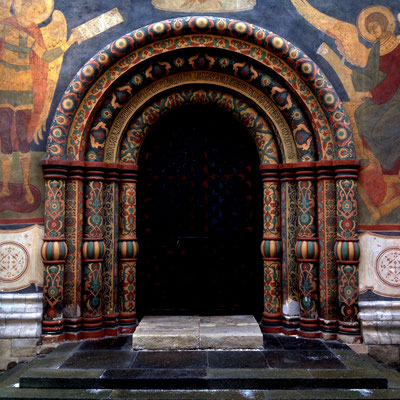 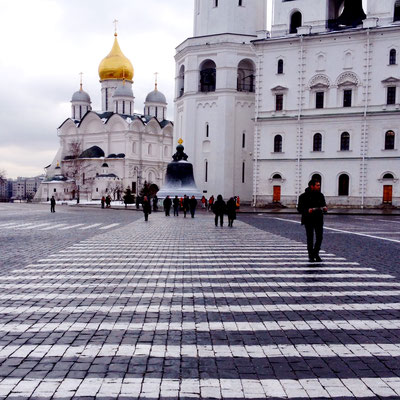