Do you know people who, when watching a horror film, hide under a blanket or a pillow? Or do not stop talking, or call out things like: "No, do not go there!" Or: "Oh maaaan! How stupid do you have to be!" I am such a person, so I never, ever, ever watch horror films. Horror movies and sports are two pastimes that I do not understand or follow for the same reason. They seem pointless to me. One exposes oneself to unconscionable suffering without gaining positive, real effects. I find the thrill cheap and mostly without reward. (I know debatable ...) Since I watch no horror films, I always assumed that I could never write one. I just don't understand what's going on with the characters. Since I've stayed in this AirBnB, that has changed:

“The amazingly affordable Guesthouse looked great from the street. It lay next to a small pond lined with birches and in front of it a broad meadow stretched out to the thick, seemingly never-ending Latvian forest. In front of the house there was only one other car, which was rundown and dusty, and thus outed as local. The elderly gentleman, who opened the doors, did not speak English, only Russian. We followed him into the house, where he led us up to the first floor. The first floor consisted of a long hallway with several multi-bed rooms and a communal shower and toilets. Everything looked relatively nibbled. One could see that they tried to suggest luxury, but this illusion was broken on every corner. The bathrooms and facilities were outdated but functional. It didn't smell clean, but it wasn't dirty enough that we could have addressed it. K and I immediately thought of a horror film location: the long corridor, the almost endless rooms. Imagination and the old lighting did the rest. We were told to choose a room and decided for the one with the red wall. There were only two beds and no dark corners. It was so small that we were able to see all for corners with one glance. In our room, there was a spider, a fly, the remains of two dead flies, and a mosquito. The latter I killed immediately. As a consequence, the room was now inhabited by a spider, a fly, the remains of two dead flies, a recently killed mosquito, a murderer and her accomplice. Neither of us felt confident about our decision to stay here. We weren't sure staying here was wise.

We decided to put these fears out of our heads. AirBnB* has an active wetting process, and the other commenters had written some things that made us think this might all be in our heads. Since we had read on AirBnB about a sauna, we wrote to our host (not the Russian-speaking gentlemen). He told us that he would come around 8 pm to show us everything. Since it was still two hours until then, we decided to go shopping. None of us wanted to cook, and since we had seen a stove in the house, we decided to get a Russian pizza from the freezer. As soon as we were back, we realised that the oven we saw earlier did not work. With the help of a microwave, we unfroze the pizzas and then fried them in a pan for some crispness. These pizzas were pretty much the worst meals of our lives. With the holes in our stomachs filled, we decided to wait and see what kind of human being our host would turn out to be. (I heard my live commentary on this movie in the back of my head, I'd say something like: "This is not realistic at all!" or “Off course, run into the darkest corner, why do you go to the loo!?!" Etc.) We behaved exactly like the crappiest horror film characters. The sun went down and eventually we heard a car arrive. We listened to our host for a while on the lower floor, and just as he went up the stairs, we decided to meet him. Oh, what I forgot to mention: the staircase was freshly waxed and mega-sticky. At each stage, it made a smacking sound, which was quite funny.

Our host was a nice guy. He was a business man, and as soon as the conversation developed in the direction of refugee policy, he told me that we were naive (as a nation) and that the refugees were all coming to Europe for the sake of money, etc. I am always delighted, to get the possibility of explaining to people why I am proud to belong to a nation where the "Willkommenskultur" was possible. Of course, this is not a discussion, to be had on someone's doorstep. We tried anyway and had to shake hands after a friendly exchange of views. We would not reconcile our different world views. 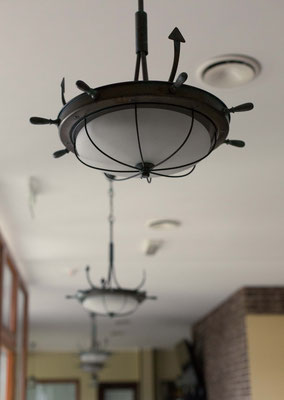 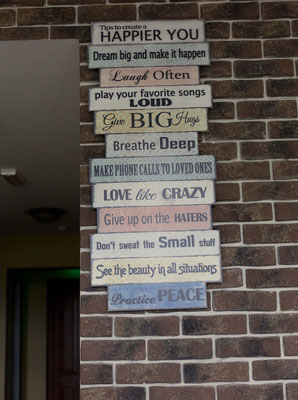 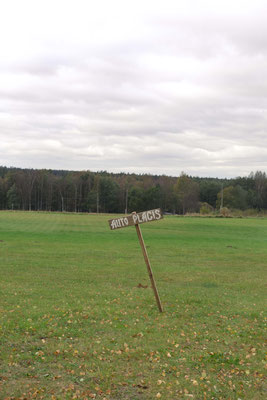 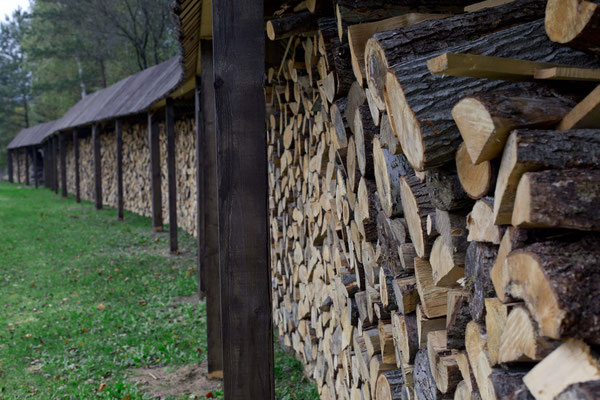 The Guesthouse is a wedding location. The entire house is rented, including facility, pool, sauna and children's playground. It balances between luxury and decay. It became apparent that the most important thing was that it seemed as if everything was pristine in the darkness. It clearly wasn't. Everywhere, there lay half-dead flies and mosquitoes, the silicone edges were brownish, the pool looked okay, but didn't smell of chlorine. When you looked closely, you could see a subtle green glow above the drain. The decay in the pool juxtaposed to an abundance of gadgets: a water pump, a fountain and a water stream, against which you could swim without advancing. In this house, we spend the night on our own. Who would move more or less freely between the sauna and jump into the pool with such a scenario in the back of their head? Only a character in a horror movie. Yeah right. And us. After two sauna rounds, we entered our red room (which we then locked from the inside, at least something). We slept like stones and went unharmed on our way the next morning. The relaxation that the sauna had brought was still in our bones. We felt happy and complacent.

*affiliate link disclaimer: This link is providing both of us with a little something towards our next destination, should you book a stay through it. Greatly appreciated!