I travelled from Turku to Helsinki by train. On it, I noticed playgrounds for children. In front of each staircase leading to the lower part of the waggon was a gate to secure the children's safety. The small area in the compartment consisted of a small slide and some games. In the train I travelled with was one such compartment in each car, not like in Germany, where one, if fortunate, has access to a small glass box for three adults and two children on a train for 750 people. With each ticket came a place reservation. Therefore the train felt almost empty, as everyone sat comfortably in their seat. I liked this orderly calmness. The Finns seemed to be a people after my own heart. No one sat down next to me or tried to start a conversation. The conductor kindly told me that I was in the wrong seat: correct seat number, wrong car. It seemed important to him, so I took my belongings and waddled into the next car. As long as you follow the rules, Finland is great.

Once I arrived in Helsinki, a couple of very nice things happened: primarily, the first snow fell. Secondly, I went to a concert of a Balkan band with a bunch of Slovenians and thirdly, I finally bought myself a week worth of underwear and socks. I enjoyed the luxury of knowing that I probably would have all the time in the world to discover this city. I followed my nose, explored the city in a gloriously slow trot, slept long, and allowed my head to take a break. I discovered small shops selling old hardware, small bakeries, incredibly tasty cafes and a few beautiful churches. In Helsinki, I would be able to linger. The city held everything it promised and more.

On one of those evenings, I drove out to the country to visit the potential guest family. The Mama (R.) wanted to show me my room and see if we would get along in real life. I met her after work at the train station and 20 minutes later we arrived in Kivistö. Then we got into a car and drove another ten minutes until we approached a brightly lit house on a hill at the end of a small road. It was one of those typical yellow wooden houses with sheds and old stable buildings on the property. They were difficult to spot in the dark. During the trip, R. told me about all the relevant facts and places we passed. As it was dark, I didn't see much and thus couldn't remember anything after, but from my experience in France I knew, that I would never forget that drive. The way I saw the house and the surroundings now, I would never see them again. Soon I would know the dark corners, which first looked like wilderness and later turned out to be domesticated patches of land. I would know where “our” plot of land began and ended. I would have seen the house in all lights and known who belongs here and who doesn't. That evening everything was new, strange and turbulent.

R. cautiously asked me about my relationship with dogs (when I arrived, the family dog farted regularly), whether I ate meat from animals, I knew, etc. All she asked me I could affirm with enthusiasm. Of course, I wasn't wild to live with a farting dog, but I could get used to him and probably live with the comic relief the farts would inevitably bring. Eggs from their chickens? YES! The flesh of lambs, which grazed on the meadows and forests in front of the house? YES! Homemade apple juice, apple cider? YES and YES! And so it continued. I looked at my future living space, an L-shaped room, with a large window and a small and a large door. The walls were light blue, bare, studded with nails, and the ceiling insulated with white plates. In addition to the fluorescent lamp, which dipped the entire room in cold light, there was also a bedside lamp, a large bed and blue-green curtains. The floor was laid out with old laminate that wasn't very pretty but as the entire upper floor of the house wasn't renovated, it didn't bother me much. R. lovingly called this style “Sauna” because of all the untouched wood. Besides, my room went off of the children's room, which would be more of a potential problem. But since I found neither dead mice under the bed, nor unpleasant odours hanging in the air, I saw nothing that I couldn't mend with a bit of creativity and candlelight. This room would work for me. When she then served delicious tacos for dinner, with lamb meat from her animals, my already made decision was sealed. 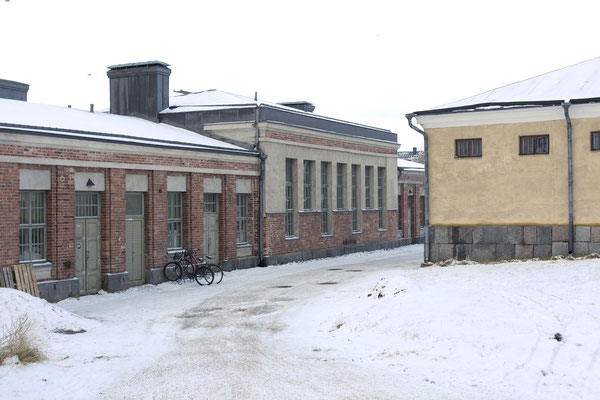 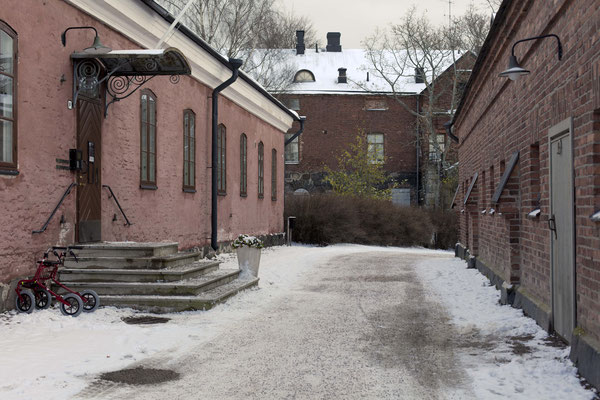 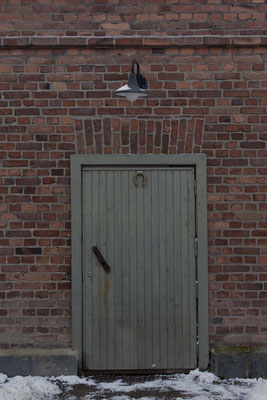 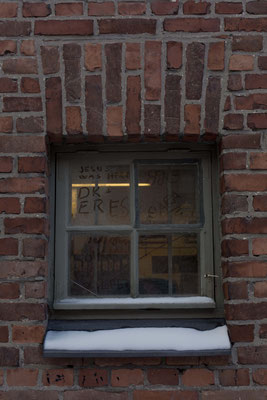 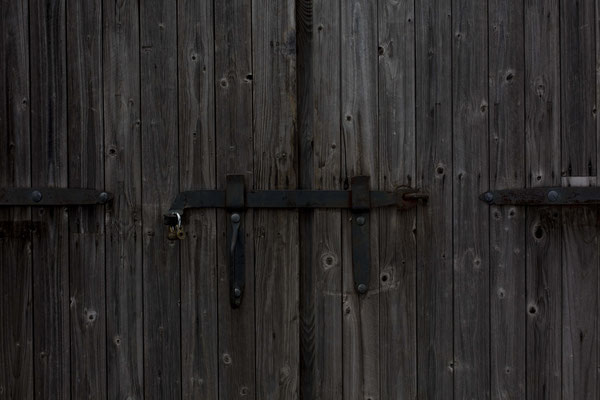 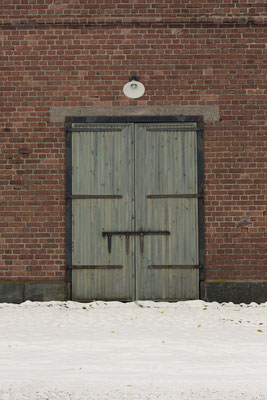 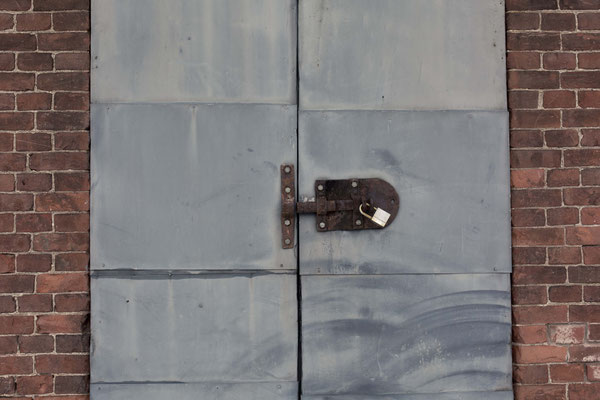 Back in the city, I was relieved that I had created a new situation and was completely happy. I plunged into the touristic program of Helsinki and drove to the island that housed the fortress, Suomenlinnea. I moved between industrial and functional military buildings from different eras. They provided the perfect setting for imaginary outfit posts. I would have loved to just take all the lamps and doors with me, to simply unscrew them and use them at home. Off course, that wouldn't be possible. A photo had to be enough. The original medieval fortification was no less impressive. In summer, it probably is even more fun here, when the wind doesn't whistle, and tourists go for picnics on all the different tables. I have a thing for this season; the harsh weather fills me with ideas and inspiration. As long as I have a cup of something hot to come home to, I don't mind a cold day.