In Georgia, I take a Mashrutka headed to Yerevan, and three hours later I am in Alaverdi. Alaverdi is a small town in northern Armenia. As soon as I step off the bus, I notice a different wind blowing. Everyone looks at me, and in a short time, four of the ten or so taxi drivers had asked me where I wanted to go. I rebuff their offers, exchange money, buy fruit, and go to a cell phone store. There I meet one (of four) Armenian women in this city that speak perfect German. She provides me with the right sim card and gives me a sense of security. Back on the main square, the taxi drivers rush to my aid, again. For them, it's monstrous that I want to take a bus, not a taxi. After all, I am a European, and therefore it's my duty to spend as much money as possible here. In the beginning, I had refused the offerings with a friendly smile, but now I put on a determined look and stare angrily into their faces. In the end, I just ignore them. I don't care to be polite anymore.

Alaverdi is not beautiful, it's not big, it's not practical, but when you go to the right corners, it can be very friendly. It is a city that hangs between the mountains and grew so considerably during its heydey (it once was the largest copper mine of the Soviet Union) that parts of the city are situated on different levels in the canyon, on various sides of the river.

Following an incoherent route from the Internet, I reach the first UNESCO World Heritage site: the Sanahin monastery complex. It's the most beautiful thing I have seen so far. In Georgia, I had already begun to get bored with the churches and monasteries, because the many icons and the whole atmosphere had lost its quiet magic. In Armenia, the churches are minimal and massive buildings. Nothing can stand up to the monumental feeling of such a space. Everything is large, massive and dark, dramatic holes in the domes or small windows put light accents into the room, and the floor consists of countless graves. Faith in Armenia stands quite literally on the shoulders of its forefathers. Kings, high lords, and leaders of faith serve their communities eternally. Whether in the church, the university, the storage room or in front of the main entrance: the tombs are the foundation. 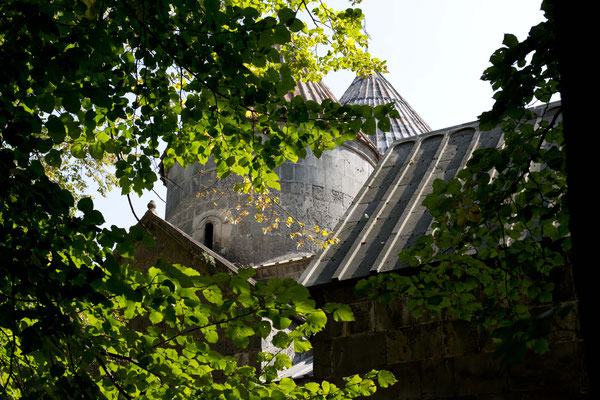 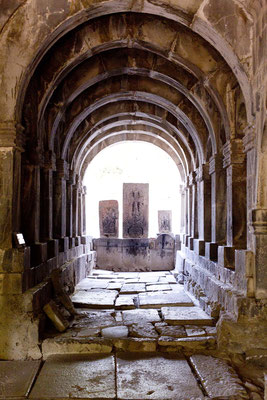 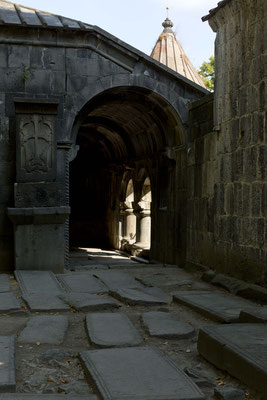 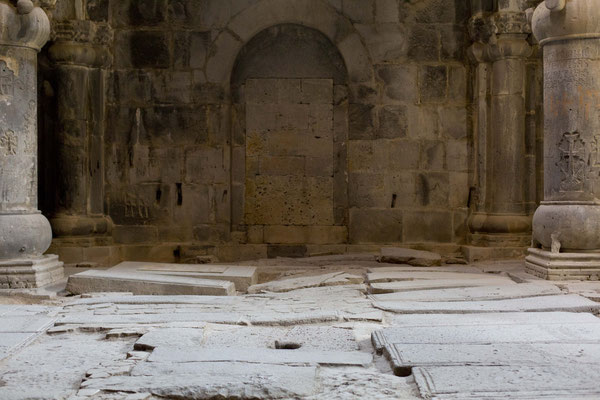 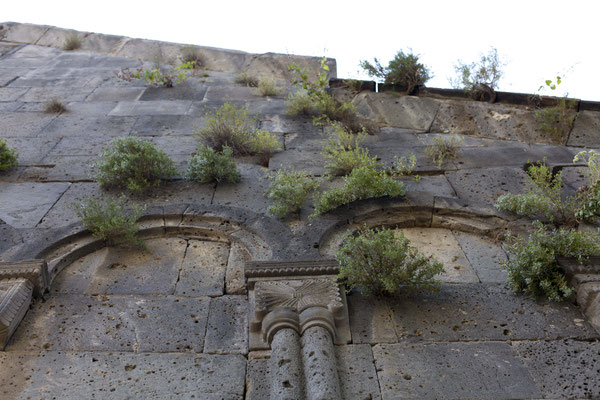 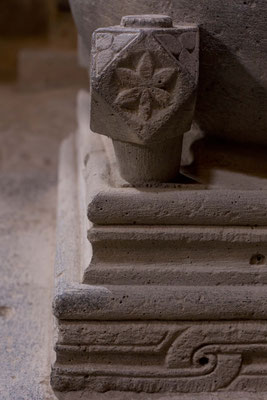 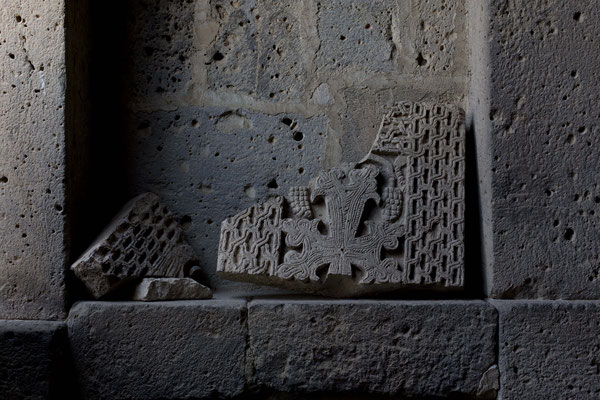 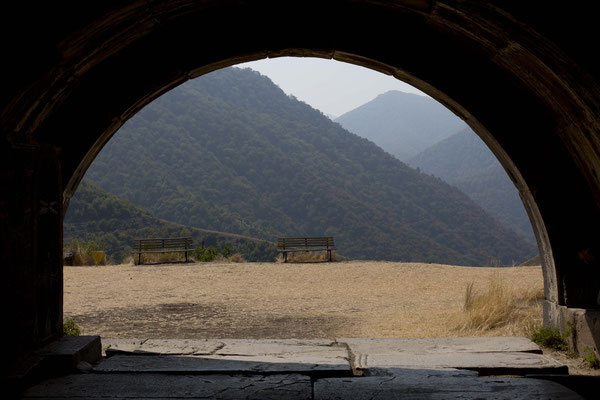 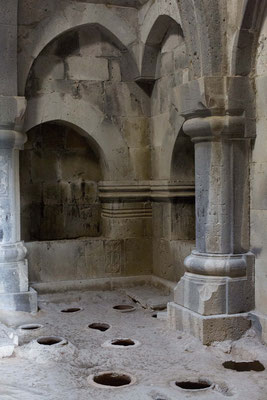 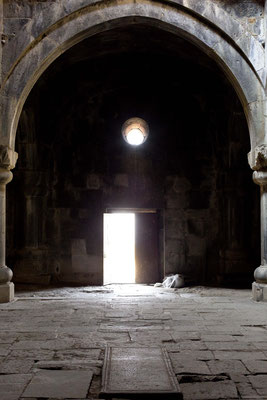 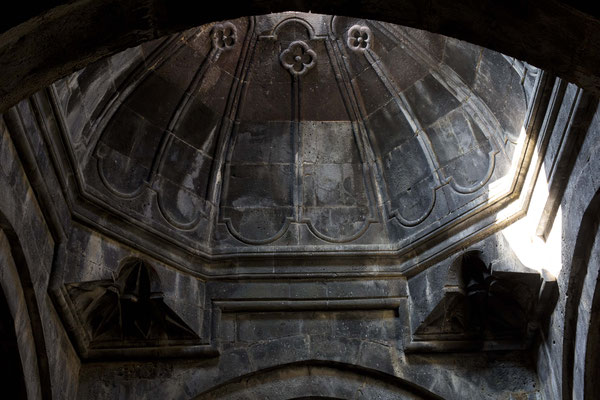 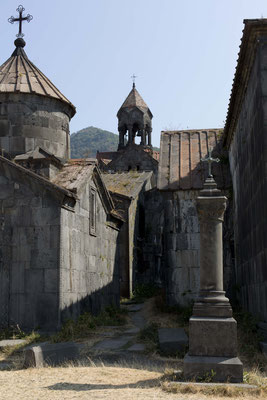 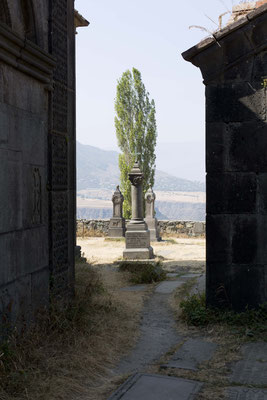 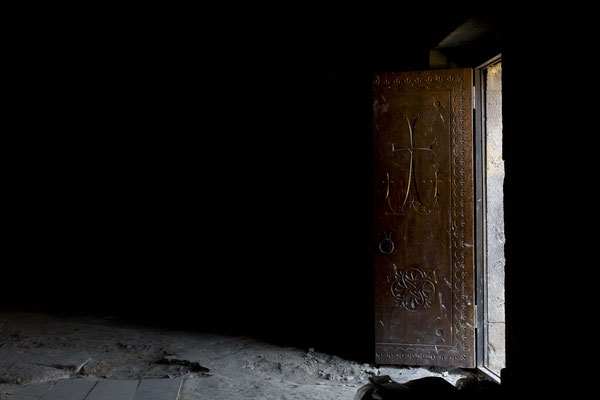 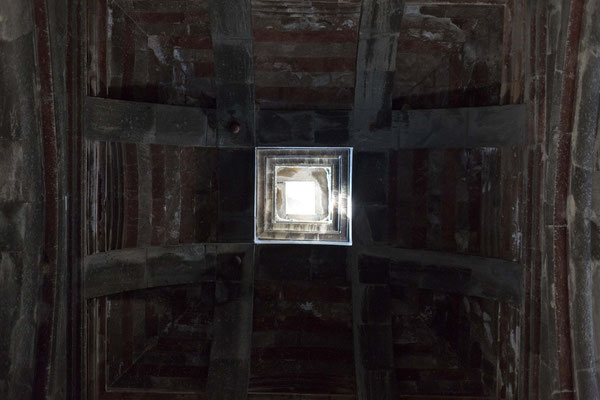 A few days earlier, I had written to a European volunteer via Couchsurfing, and since she was in the middle of moving, we were only able to "go for coffee”. Since I was not sure how safe it would be to pitch my tent up so close to peoples homes, I went to find a hostel. Although I found some interesting possibilities on the internet, I couldn't find any clues on the road. The oh so helpful taxi drivers wanted to bring me to the most expensive AirBnB in town, and I had to be quite unfriendly before I was left to my own clueless devices. I was waiting for R., who called a friend and within a short time, I was sitting in the hostel I had checked out online. Here, people aren't accustomed to women travelling alone.

The next morning my host brought me to a small English centre on his way to work. It's a project where young people learn how to be a tourist guide. If you book a local Hostel or BnB, you get the first guided tour for free. Since I was there uncharacteristically early for a tourist (my host went to work at 9 o'clock), I was able to enjoy a frank discussion with the young women who were there already. Here I experienced for the first time Armenian female hospitality. Very quickly I felt like at home. We exchanged views on our lives and priorities. Grinning, we noticed what connected us: we were unmarried, over 25, childless and educated. None of us was actively trying to change these facts. Although we came from different cultures, we fought against the same structures. The only difference was that the price the Armenians had to pay was higher than mine. In the event of them making a mistake, they'll be most likely cast out.

Everywhere I go, I am told about the Mafia. There is a gang for all the groups: the taxi drivers, the bus drivers, the business people. It's the plague of Armenia. I feel little of this Mafia, but I see the traces. The ropeway leading up from the valley to the mountain isn't used although it looks just fine in Armenian standards. On the other side of the canyon, there is a mine. In bad weather, it looks like Mordor, but in good weather, when a rock covers the chimney, it seems as if a volcano is brooding over the city. This chimney is the reason why the sickness and mortality rate of the population is 16 times as high as anywhere else in Armenia. People here have as much use for a filter as for a seatbelt. The exhaust gases of the mine are put unfiltered into the otherwise pure mountain air. The mountain is steadily steaming.

*If you like what you read, consider supporting me on patreon!*
previous
next
tagPlaceholderTags: places, 2017en, armenia