When I leave my dorm at 4:30 am I don't hear a sound. I get dressed, get ready and step out of the hut. The starry sky is clear, the moon shines bright, but I'm the only one out. The others are probably still sleeping. I'm a little scared that if I lie down again, I will not go up the last bit of the trail. After all, I know now that it gets damn exhausting and I don't feel so fit. My headache has come back, but I don't think about it. This time I leave without luggage. Without breakfast and with a bottle of water in my backpack, I find my way with my headlamp. It's difficult to see the beginning because the path is marked only when it is steep. Down here in the meadows there are just a few well-trodden paths that either lead to the trail or into nothingness. Soon, however, I am standing in front of the first marker and keep pushing ahead.

What I don't know, and only later realise is that right and left of the narrow path, the mountain falls into the valley. Just like that, without trees or anything. In the dark, this is concealed from me, since my light only illuminates my feet and ensures that I don't step off the trail. I have a queasy feeling, but trace that back to the early hour and darkness. Soon I climb more than I walk. The steps are irregular, and loose stones lie on top of each other. They are wedged together and thus relatively stable, but the wobbly ones make me nervous. I focus exclusively on what lies ahead. Therefore, I manage to arrive safely at the viewpoint. In this situation, the darkness turns out to be my friend. Had I seen where I climbed, I would have been far less relaxed. I make my way on the flat stretch of trail that follows the steep bit, until I reach the next climb. Halfway up, the sun rises, and I stay where I am. I pull the camera out, eat my salted peanuts that smell of eggs, and enjoy the moment. From afar, I see the others making their way towards me. I'm not alone anymore. Up here, every movement becomes difficult. I walk inexplicably slow and have to pause as often as I did on the ascent to Damphus. Although I was the first to leave, three couples have already overtaken me. I don't mind. They are usually so quick that I only see them for a short time. Then they disappear behind the next hill. 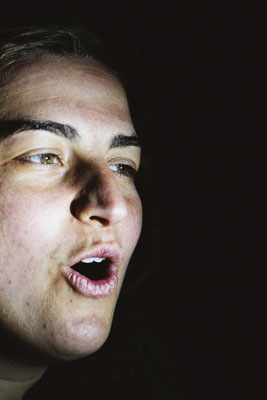 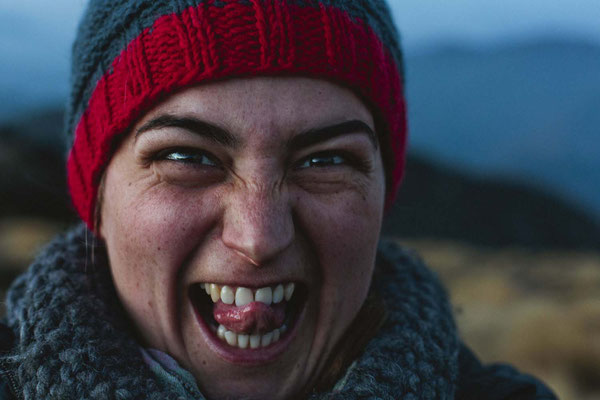 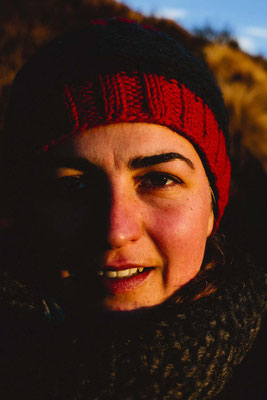 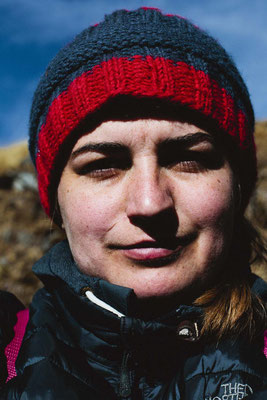 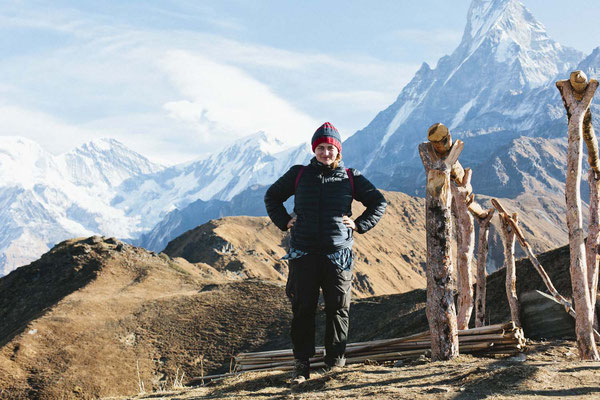 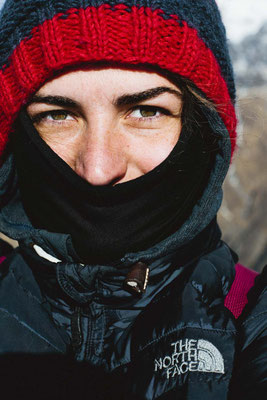 At the Upper View Point, the last vantage point before Mardi Himal Base Camp, I meet two Germans from Berlin and Mainz who tell me about the young Nepalese girl who went to the first vantage point behind High Camp last night to join her classmates for a sunset celebration of their graduation. A trip that started beautifully, but ended tragically. The girls, having drunk Nepalese whiskey, climbed down separately and one of them fell unnoticed by the others down the mountain. The helicopters, who tried to land on our trail one after the other and failed during the morning, were trying to recover her body, which I had unknowingly passed in the wee hours of the morning. I remember my discomfort on that particular stretch of trail and a chill runs up my spine. So close, yet so far. Could I have helped? A question that doesn't want to leave my head. The rescue crew is sure no one could have. On the way back, when I see that section of the trail in daylight, I realise why. It falls several thousand meters into the abyss. The mountain is rugged, and trees wouldn't have intercepted a possible fall.

With this knowledge, I continue on my way to Mardi Himal Base Camp at a snail's pace and much more careful than before. But the last part of the trail is only a slight climb on seemingly soft hills. I don't have to climb up any walls or look four thousand feet down into the abyss. Instead, the view opens up into the valley that leads to Anapurna Base Camp, and I see clouds approaching. It won't stay nice for much longer. I reach Mardi Himal Base Camp at the same time as a 78-year-old Italian, who only left at eight o'clock and started at the hut where I had slept two nights before. And although I don't stay long and set off first, the Italian overtakes me.

Downhill is much faster than uphill, but the steep sections are much scarier. I reach the last part just when the smallest helicopter I've ever seen lands and carries off the corpse of the Nepalese girl. When I finally arrive back in the hut, my knees tremble and, like the two Americans the day before, I have to eat something first. I spend another night there and walk to Siding the next morning to get on a bus or a jeep back to Pokhara. I want to get back to the valley quickly, away from the steep slopes and the near-death experiences.