The next morning I stayed in bed. The room had cooled down pleasantly, and I had no desire to find out if it was as nice outside. From my bed, I could see some indications that it wasn't. There was once again no sky visible. I regretted a little that I had not gone out again the previous evening to enjoy the spectacular night sky. After spending four more hours reading and drinking tea in bed, I decided to write some more. When I couldn't lie or sit anymore, I went outside and walked the few kilometres towards the village port, picked an eclectic little autumn bouquet from the side of the road, went shopping in the local mini-coop, the supermarket in the village, and returned to my AirBnB. 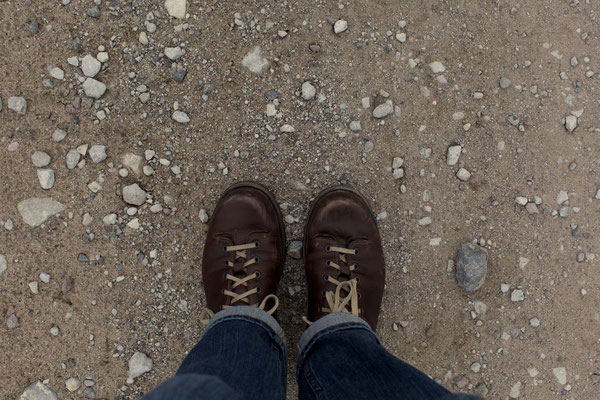 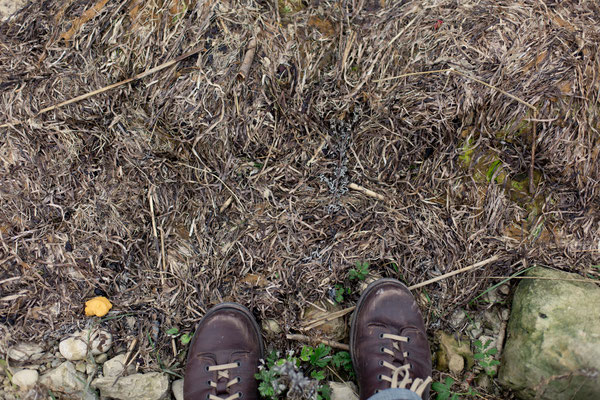 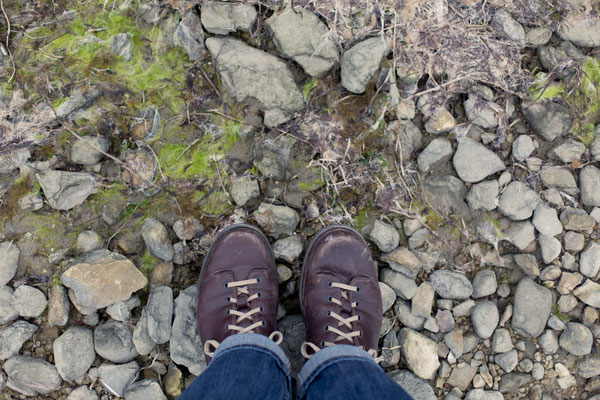 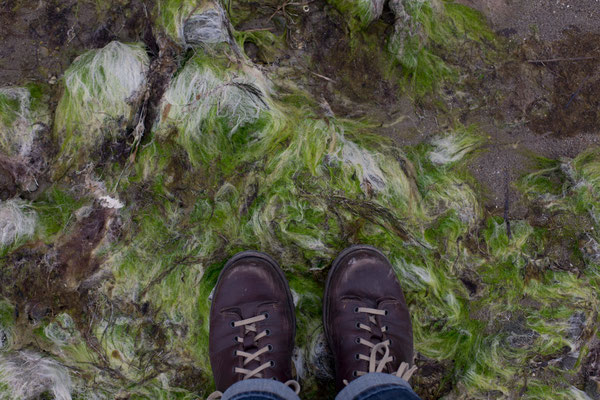 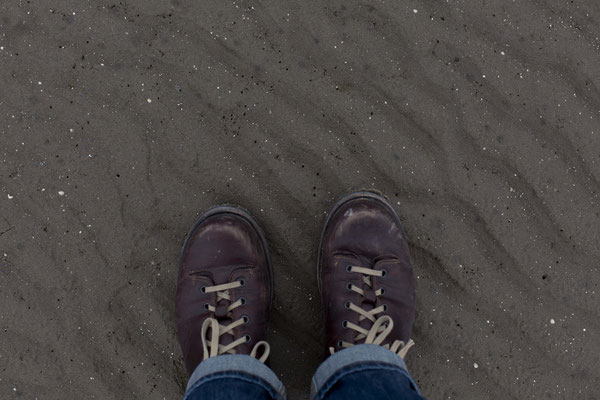 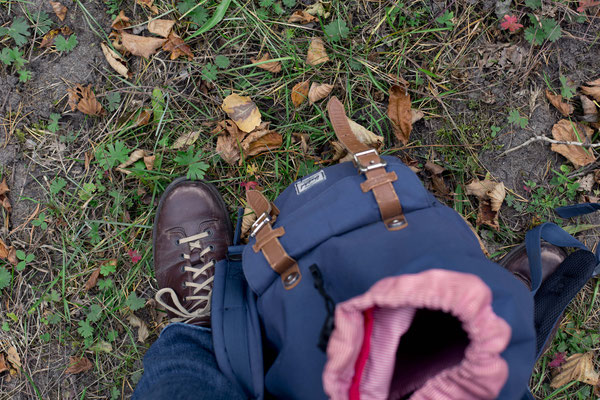 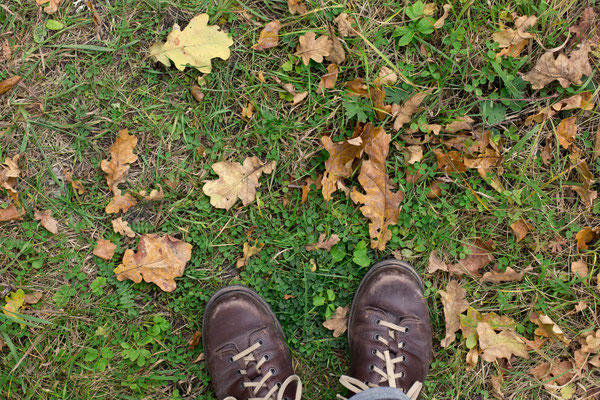 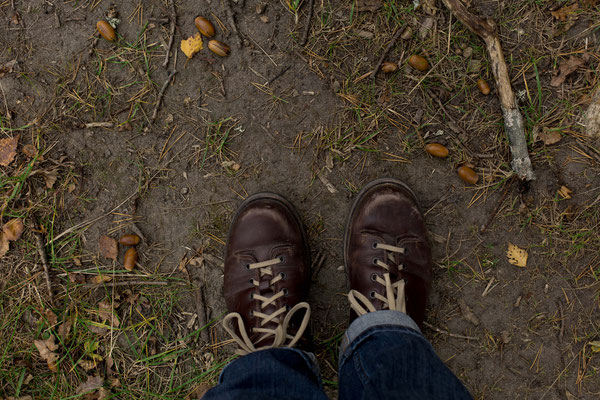 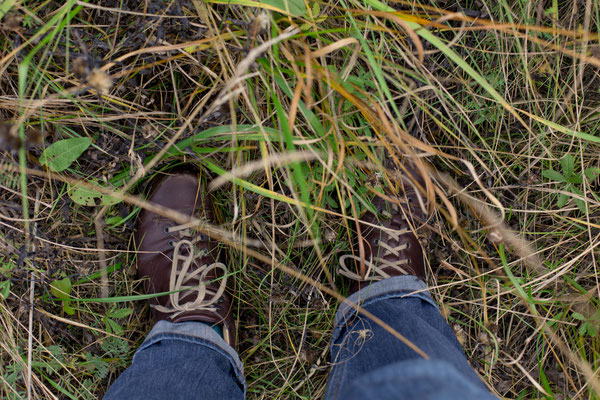 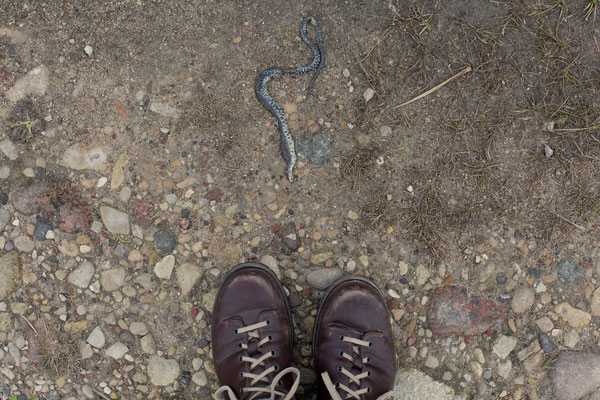 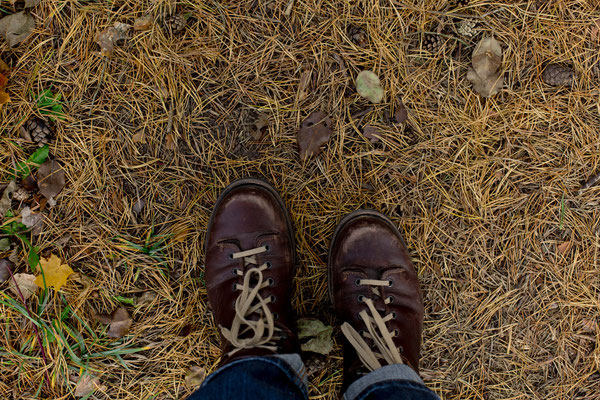 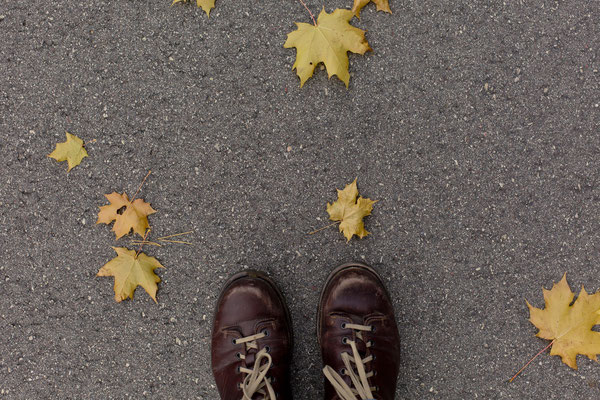 There I met my hostess's mother who was making fire. She used a newspaper from January 23rd, 1987 to ignite it. In one of the coffee table books about the island, these old newspapers were used again and again, which seems to have a tradition here on the island. They were in bus stations and empty storefronts. She came and went several times. Just like the older man I met in Parnu, she spoke Estonian, Finnish and Russian as well as a few bits of German. The communication was a bit complicated but no less cordial. As the last act, she gave me a glassful of tiny red berries (a bit sour and bitter, cranberries? Probably not. I have no idea), a jarr with plum and an unidentified fruit mousse (both homemade) as well as a small German-Estonian dictionary with 30,000 Keywords. The first word my eye fell on was "uljaspea." meaning daredevil. That made me smile. Fate, chance or divine intervention, whatever you call it, it's funny how that happens sometimes. I set up tea, arranged the flowers, cleared the purchases, and curled up on the bed to write.

I spent the rest of my day there. It was perfect and incredibly productive. With every word, I put my fragmented self back together a little. I was only slowly becoming aware of what had gone wrong during the last weeks and why I was disillusioned and uninspired. I had originally planned to go and work on my first farm in Lithuania (Wwoofen: it stands for World Wide Opportunities on Organic Farms). When this didn't work out, life happened (I lost my purse), I exhausted myself and turned to the option that required the least work. When I limited myself to the AirBnBs, I lost my narrative. In other words, I had an identity crisis. My experiences were much more intense than I anticipated, and I had my hands full with organising the banalest stuff. My trip developed into a sightseeing tour. I ran idle and with blinders around in a circle in ever new and foreign places. Inevitably, I had to face the question: what am I seeking? I have never asked myself the question. I knew intuitively what I was searching and felt no need for further inquiries into my decision for this crazy adventure. So far, however, I have never succeeded in finding a good way to put it into words. Once I came close when talking to my parent's friends, but it was buried in a long monologue and not as short and definite as right now. Here it comes. I'm not a searching traveller. I am not looking for happiness, fulfillment or the meaning of life. I would like to be a gathering traveller. I collect perspectives. What does the world look like when living a life near the polar circle, or on a tropical island? What is European policy like seen from the point of view of inhabitants of Russia, Kazakhstan, Iran and India? I am looking for a reality check beyond numbers, experts and books. How does one collect perspectives? The strategies that I had set up before my trip did not seem to bear any fruit. Once I figure out how to do it, I will have to decide in which way I could make these perspectives palpable for others, readable on the blog.

In my small attic on the Estonian island, I was far from solving this problem. But I had found a way to formulate where it lay. If I know where the problem was, finding a solution is just the next step. I was at a point where my immediate existence was bearable again. The perpetual motion in my head which had lead to me pacing around town and being unhappy although I could do whatever pleased me stopped. Fire and writing were my therapy. Typing into the night in solitude with a hot heat source as the only company was heavenly and pushed most of my problems into the background. I sensed how an idea slowly formed in my head about a possible future and the ideal division of time. Why not? If I knew I was going to write part time, I could figure out everything else. Writing and photography. One as compensation for the other. That would be perfect.